NEW YORK (March 26, 2020) – Today, the Ms. Foundation for Women announced Angela Glover Blackwell, Danielle Moodie-Mills, and Wade Davis as new members of its distinguished Board of Directors, and Lauren Embrey as a returning member of the Board. The four Board Members bring expertise in racial equity, public policy, diversity and inclusion, and more to the board of the nation’s oldest women’s foundation.

“I am thrilled to welcome Angela, Danielle, Lauren, and Wade to the Ms. Foundation board,” said Teresa C. Younger, President and CEO of the Ms. Foundation for Women. “We are incredibly lucky to have the experience and expertise of these four individuals – from working to further LGBTQ inclusion and investing in communities of color, to advancing racial and economic equity as heads of organizations or as journalists. Their input will be crucial as we continue to center our work on women and girls of color in order to establish full social, political, and economic equality for all women. We could not be more grateful to have them as partners in the fight for gender equality.” 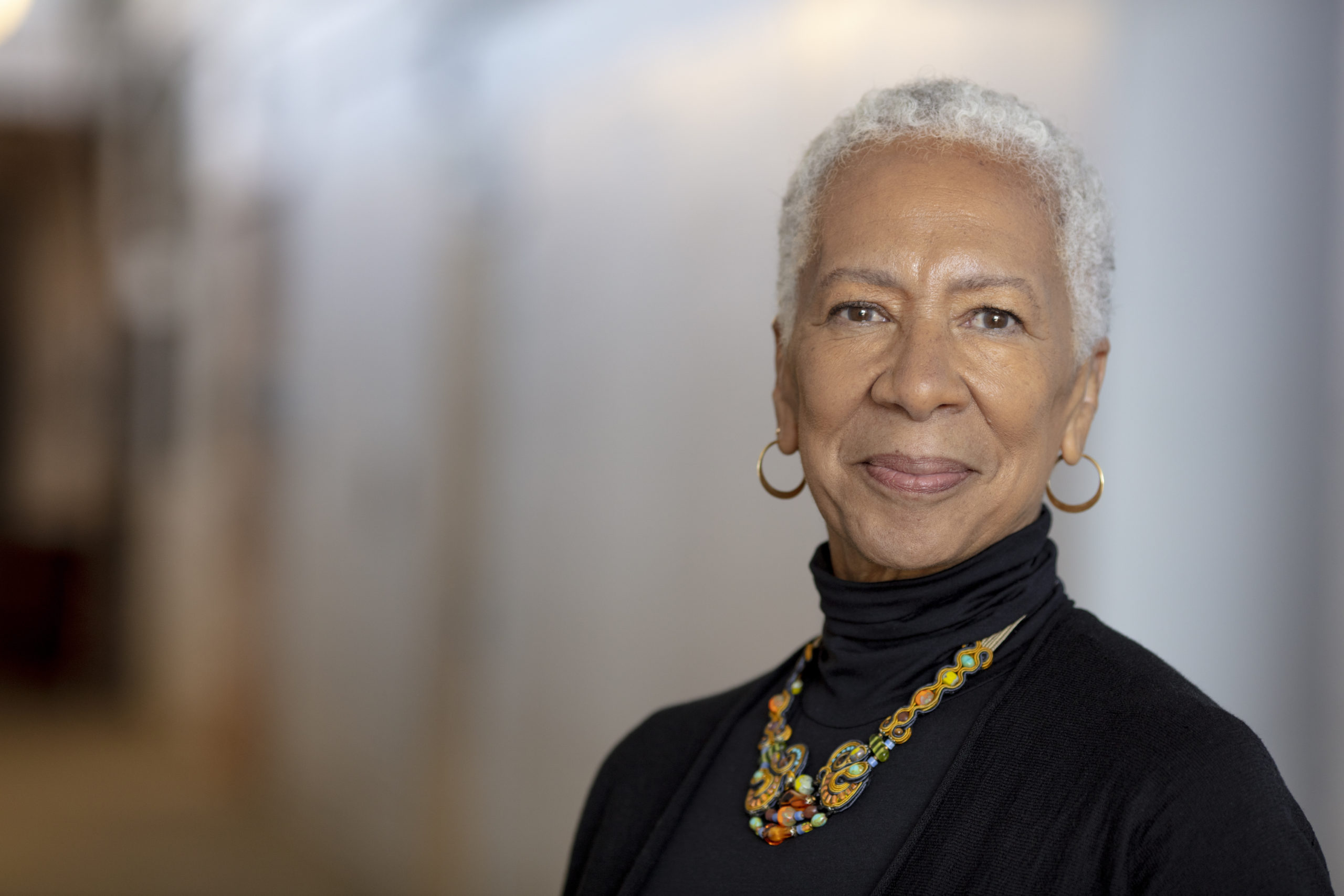 Angela Glover Blackwell is Founder in Residence at PolicyLink, the organization she started in 1999 to advance racial and economic equity for all. Under Angela’s leadership, PolicyLink gained national prominence in the movement to use public policy to improve access and opportunity for all low-income people and communities of color, particularly in the areas of health, housing, transportation, and infrastructure. Her Radical Imagination podcast debuted in September 2019, and introduces listeners to a world of talented, creative, progressive thinkers whose vision and determination are challenging the status quo to create the change we need.

Prior to founding PolicyLink, Angela served as Senior Vice President at The Rockefeller Foundation. A lawyer by training, she gained national recognition as founder of the Urban Strategies Council. From 1977 to 1987, Angela was a partner at Public Advocates. Angela is the co-author of Uncommon Common Ground: Race and America’s Future, and she authored The Curb Cut Effect, published in the Stanford Social Innovation Review in 2017.

As a leading voice in the movement for equity in America, Angela serves on numerous boards, and she advised the Board of Governors of the Federal Reserve as one of 15 members of its inaugural Community Advisory Council. She is the 2018 recipient of the John W. Gardner Leadership Award, presented by the Independent Sector, and in 2017, she received the Peter E. Haas Public Service Award from the University of California, Berkeley.

Danielle is a cultural connoisseur and political junkie bringing audiences the scoop on the #Resistance from Hollywood to Poliwood (Capitol Hill) weekday mornings on her radio show #WokeAF Daily, broadcast live on DNR Studios from 9am-10am EST. #WokeAF Daily is one of DNR’s and DCP Entertainment’s fastest growing progressive talk show—a newsmagazine style show that “rings the alarm to the resistance and keeps audiences up to speed on what they need to know in order to get “woke”, and stay #WokeAF!”

Danielle is also the co-host of the weekly political podcast #democracyish with Toure; which covers the countdown to the 2020 election from a progressive Black perspective.

Danielle is a former educator and recovering lobbyist, turned media maven and spin-master extraordinaire. In addition to creating and hosting #WokeAF Daily, she is the co-founder of the boutique communications and PR firm Moodie-Mills Strategies.

For four years she scripted, produced, and co-hosted Politini, the most downloaded podcast on BLIS.fm. She also developed and produced Living Color: Love is Revolutionary When You are Black and Trans, a video mini-series for NBC BLK, and “Politini on theGrio” which aired on MSNBC’s African-American focused website.

Danielle made headlines on election night in 2016 when her on-air commentary calling Donald Trump’s win “white supremacy’s last stand” went viral. Her policy analysis and cultural commentary have been published in a variety of outlets including: Medium’s Zora Magazine and GEN, Cosmopolitan, Vogue, Essence, The Atlantic, Ebony, Huffington Post and many more. She was also a contributor to the acclaimed Shriver Report: A Woman’s Nation Pushes Back From the Brink, and appears frequently on MSNBC, CBC, PBS, and BBC America.

Lauren Embrey is President and the Philanthropic Visionary of The Embrey Family Foundation and CEO of Embrey Interests, Ltd located in Dallas, TX. She also serves as a Board Member of The AT&T Performing Arts Center (Vice Chair), The Dallas Holocaust Museum, The Dallas Theater Center, TACA and The Letot Center Foundation Board in Dallas, Texas Futures Project in Austin, The Democracy Alliance in DC, and The Women’s Media Center (Former Board Chair), ERA Coalition, Take The Lead, PEN America, and Women Moving Millions in New York City.

Lauren serves on the Advisory Board for Human Rights Initiative in Dallas, Nomi Network in NYC, The National Observer in Vancouver BC, the Honorary Board for Have Art Will Travel in New York City and Titas in Dallas. She is the current Co-Chair for Kitchen Dog Theater’s Stay Campaign.

The Embrey Foundation is a member of the 100% network, aligning 100% of their assets with their values. The Embrey Family Foundation has supported and invested in many community and national efforts that further the business and leadership of women and communities of color.

The Embrey Family Foundation founded an initiative in 2013 called Dallas Faces Race. This initiative grew and culminated into a partnership with the W K Kellogg Foundation’s Truth Racial Healing and Transformation work in 2017.

Lauren received her Bachelor’s in Business Administrations and her Masters in Liberal Studies from Southern Methodist University in Dallas, TX.

Lauren is currently working on her first fiction novel scheduled to be complete in 2020.

Former NFL Player Wade Davis is an educator and advisor on gender, race, and orientation equality, and currently the VP of Inclusion for Product at Netflix. Wade was the NFL’s first LGBT inclusion consultant, where he worked at the intersection of sexism, racism, and homophobia to build inclusive leadership strategies and engagement initiatives. Prior to joining Netflix, Wade consulted for Google, P&G, Viacom, and Bacardi.

Wade is a new board member of the Ms. Foundation for Women, as well as a United Nations Women Global Impact Champion, a founding member of VICE’s Diversity and Inclusion Advisory Board with Gloria Steinem, Roberta Kaplan and others. Wade is also on the boards of Sparks + Honey and the MAD Foundation, Chef Rene Redzepi’s global food sustainability initiative focused on the future of food. Recently, Wade was named a Global Champion for Girl Up, a program of the United Nations Foundation. In 2018 Wade built a ‘Men’s Gender Equality Development’ leadership program that launched with the United Nations. He is currently a strategic partner to both the MeToo Movement and Times Up.

A former national surrogate for President Obama, Wade has been an Adjunct Professor at both NYU and Rutgers. He continues to lecture on the intersections of race, sexuality, gender, and sports at universities nationally and internationally.

Wade Davis graduated from Weber State University and also received an honorary Doctor of Public Service degree from Northeastern University for his leadership and ongoing efforts to eradicate homophobia and sexism in athletics.

For more information regarding the Ms. Foundation board, please visit ForWomen.org/about/our-board/.

The Ms. Foundation for Women transforms our democracy by building women’s collective power. Guided by a gender and racial justice lens, we resource grassroots movements that center women and girls of color, advance feminism in philanthropy, and advocate for policies that improve women’s lives across the country. Since 1973, we’ve opened up worlds of possibility for women and girls. But to finally achieve justice for all, we need you in our fight. ​Learn more and get involved at ForWomen.org.