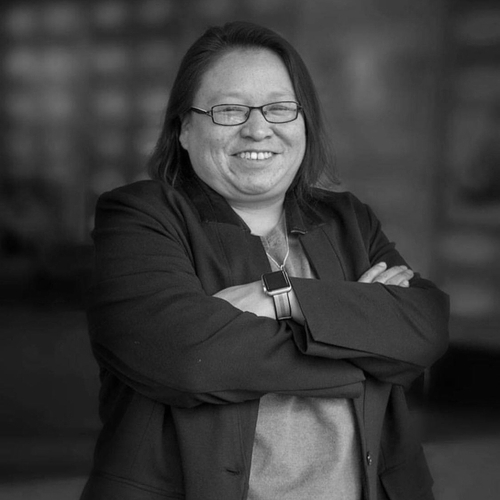 Coya White Hat-Artichoker was born and raised on the Rosebud Reservation in South Dakota; she is a proud enrolled member of the Rosebud Sioux Tribe. Coya has been doing activist work in various communities and movements since the age of 15. She is a founding member of the First Nations Two Spirit Collective; they are a Collective working to building a stronger political presence for Two Spirit people within the national dialogue of queer rights.  She was an Advisory Committee member for the Host Home Program, working to provide safe homes for homeless queer youth. Coya has worked with a number of philanthropic organizations like Astraea, Funders Exchange Outfund, Headwaters Fund, PFund, Bush Foundation. She is a former board member of the American Indian OIC, PFund, and currently serves as the Treasurer of the SisterSong board. Most recently, she was a Community Health and Health Equity Program Manager at the Center for Prevention at Blue Cross Blue Shield doing community funding across three health initiatives. She or her writing has appeared in: After Stonewall, (After Stonewall Productions) a film; The Advocate; “40 under 40” LGBT Leaders in the United States for 2010; “Sharing Our Stories of Survival” (Altamira Press 2007), the blogs the Bilerico Project; and The Huffington Post.